Aerospace is Suffering…DTi’s President Looks Ahead

We are upbeat about the aerospace sector despite data that shows just how badly the industry was hit by Covid.  Commercial and military aerospace is an important part of our sales base however we remain clear-eyed about the tricky road back to “normal”.

COVID -19 has had a devastating effect on the industry … the precipitous drop in travel caused a massive loss of revenue for both the business and leisure sectors which has had a demonstrably adverse effect on the whole supply chain…including as I said DTi. 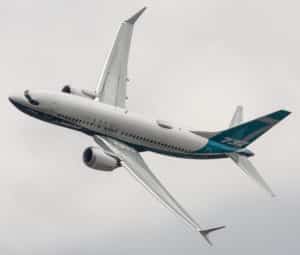 Many aircraft sub-contractors and suppliers were forced to either divest programs, find new customers in other industries or fail. It’s been very disruptive and the impact on the supply chain will have ripple effects on OEM's looking for capacity relief and/or cost containment for the next several years.

To return the airline industry, OEM’s and the supply chain back to profitability, a V-shaped recovery in aircraft utilization and passenger revenues to pre-COVID-19 levels is needed.   The hope is that the vaccines will create a massive wave of travel.  We certainly would like to see that happen but we think it’s more likely to be a U-shaped recovery.

Three other elements come to mind about what is happening and what may happen in the industry.

Mergers are unlikely due to some significant barriers to entry.

On the face of it a civil/military merger right now may sound like a good way to reduce risk –at least for the commercial side but they are funded by fundamentally different –some might say incompatible- business models.  Commercial companies fund all the development costs and bear all the risk in return for a presumed high reward. But on the military side projects are contracted by negotiation with the Federal government with agreed progress billing and payments.  In effect a less risky pay-as-you-go system.

Civil aircraft development is very risky and can stretch capital resources as the numbers get eye-wateringly big. The Economist says the cost to develop the B-787 was $32 billion (4).  Yet one significant unrecoverable mistake or design flaw can spell project failure and a giant hole in the balance sheet.  Indeed the commercial norm is to enter risk-sharing partnerships for IR&D, development, test marketing, and production which increases the project complexity and is a potential barrier to mergers.

Lastly, a merger between major players would almost certainly trigger anti-trust concerns which would likely kill the idea in its infancy.

It’s hard to see a merger happening when faced with these headwinds.

The loss in volume has presented primes with some big decisions.

If an OEM prime was delivering 40 aircraft a month pre-Covid but had to drop that number to 20, they would likely have to furlough 40-50% of their technicians.  But OEM's cannot run the risk of losing skilled technicians that they will need for the anticipated Covid-19 recovery.

Instead, they are being forced to increase the internal scope of work to maintain some stability in their workforce.  In practice, this means they would have to pull back some airframe assembly from suppliers to supplement the major/final assembly and flight testing they had been focused on.

The catch-22 here is that the primes will need the support of the suppliers in recovery. So will have to hedge their bets on how much work to pull back internally.  This is a very delicate balancing act that will hopefully keep their suppliers afloat while also keeping their workforce intact as far as possible for recovery.

In 2020 maintenance, repair, and overhaul (MRO) spending was approx. $50.5 billion (3) which is a 45% decline from the pre-COVID $91.2 billion estimate; however it clearly fared better than the 51% decline in aircraft utilization seen above.

The comparatively better performance while clearly still a big decline, was primarily because the airlines took the opportunity to implement connectivity, avionic and software upgrades, and updates without the pressure of having to pull the plane from a profit-making route. It’s being seen as an investment in the hopefully inevitable surge of flights in the summer and fall of 2021.

One thing is for certain, aerospace companies will have to be nimble as the recovery starts happening.  And as they look to recover from the effects of the pandemic, they will be looking for efficiencies and cost savings to increase their margins.

For our part DTi’s Spring-Fast® grommet edging offers best-in-class performance at preventing wire chafe and abrasion, it improves task efficiency and installs for half the cost of the old slow legacy MS21266 glued nylon grommet.  No glues, VOCs, health and safety issues, or bonding prep and fixturing.

As strong supporters of the Aerospace industry, we are pleased to announce our first post-COVID trade show.
We will be exhibiting (with all appropriate precautions) at the MRO -Americas Show – live and in person- April 27-29, 2021 in Orlando, FL.  Come see us at booth 613.